Perfume: The Story of a Murderer (Vintage International) (Paperback) 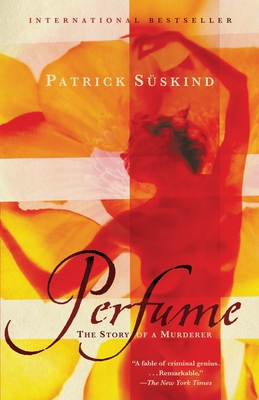 INTERNATIONAL BESTSELLER • Set in eighteenth-century France, the classic novel that provokes a terrifying examination of what happens when one man’s indulgence in his greatest passion—his sense of smell—leads to murder.

In the slums of eighteenth-century France, the infant Jean-Baptiste Grenouille is born with one sublime gift—an absolute sense of smell. As a boy, he lives to decipher the odors of Paris, and apprentices himself to a prominent perfumer who teaches him the ancient art of mixing precious oils and herbs. But Grenouille’s genius is such that he is not satisfied to stop there, and he becomes obsessed with capturing the smells of objects such as brass doorknobs and fresh-cut wood. Then one day he catches a hint of a scent that will drive him on an ever-more-terrifying quest to create the “ultimate perfume”—the scent of a beautiful young virgin. Told with dazzling narrative brilliance, Perfume is a hauntingly powerful tale of murder and sensual depravity.

Translated from the German by John E. Woods.

PATRICK SÜSKIND was born in Ambach, near Munich, in 1949. He studied medieval and modern history at the University of Munich. His first play, The Double Bass, was written in 1980 and became an international success. It was performed in Germany, in Switzerland, at the Edinburgh Festival, in London, and at the New Theatre in Brooklyn. His first novel, Perfume became an internationally acclaimed bestseller. He is also the author of The Pigeon and Mr. Summer's Story, and a coauthor of the enormously successful German television series Kir Royal. Mr. Süskind lives and writes in Munich.